A Commitment to Equity & Justice in Climate Resilience

I first heard of The Kresge Foundation somewhere between 2012 and 2014 by osmosis from just plain living in Southeast Michigan, Detroit specifically. They were a big player in getting the Detroit Future City plan in people’s hands. What they do trickles into everyone’s lives even if they don’t notice, sometimes it is noticeable. Sometimes certain people feel it more. Sometimes it helps, sometimes it falls short of the intention.

Early June was when I first walked into their Troy office, a LEED platinum building that hugs the original farmhouse that housed Kresge’s small but strong operation back when

they were giving capital grants. They have since changed their model to specifically use their endowment to advance opportunities in low income, urban communities. Being raised by a working-class family, I wasn’t brought up to put much stock in the leveraging of influence through money.  But, I am passionate about the cause and was curious to learn what Kresge was like. Given the leaps from accountability for public health and services taken by many in our public sector, the only sector democratically answerable even if only by definition, I decided to give it a try and go where I believed people might at least be trying to pick up that baton. 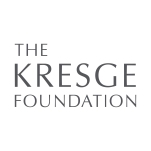 Kresge’s Environment program offers grants and investments to climate resilience work that is embedded in a mission of racial equity. Or they invest in equity work that is embedded in a mission of climate resilience, depending on the focus and expertise of the group. I was brought on to help support the program for the Environment at Kresge, to support grant-ups, to help shape an internal carbon offset policy, and to assemble a kit of resources for racial equity training. Kresge as a foundation is still working on developing their united vision of what they define as equity even as my summer ends. But the environment program is moving forward because if there is one thing that hasn’t quite been aligned just yet, it is the broader environmental movement with the powerful but often marginalized movement toward better outcomes for people trying to make ends meet – most acutely people of color.

What I’ve been able to witness at Kresge through working with my colleagues is a deep commitment to racial equity, justice, and the mitigation and adaptation to climate change. The team has brought me to the table in conversations with grantees across the nation to not only hear about the work they are doing but also to discuss how the foundation could better support them within the context of moving forward the broader environmental movement and uniting them around the issue of equity.

I had an opportunity to attend the Climate Resilience and Urban Opportunity convening which brought together grantees focused on equity and climate resilience with specialized representatives from backgrounds in policy and finance. The convening elicited discussion around issues of displacement (either through gentrification or climate change effects), water security, and energy security among other issues and each of the grantees were actively addressing at least one of these. What was so impressive was the gains that many had made over the course of just a few years – climate action plans for large cities with social cohesion living in the language of the document so that it would need to be addressed.

Through my work, I have listened to grantees, got feedback on their needs, taken their suggestions, done some of my own research, and compiled resources to better help those struggling to understand how they can continue their climate work while making sure that the process and those involved is supportive of a more equitable society. Energy a key part of that goal, being that it can often be one of the largest barriers to breaking the cycle of poverty and instability. It is also in the energy field that we could easily see the market take renewables to the top and transform the way we produce energy and therefore there also lies the opportunity of transforming energy (production and demand side) to offer those with little agency, more freedom and ownership.

I’ve been inspired by the way that the program has brought the necessary but challenging conversations to the table the way that I imagine good policy makers do in the effort to not only reduce the impacts of climate change but to empower people that seek to do so in a new way – a way that uplifts the voices and builds the capacities of those most affected. Though I would greatly prefer to see this making more ground in the public arena, I have been given the unique privilege to see this discussion and action modeled in an organization that is not, by any stretch, perfect but at least is grappling with how best to move us to a healthier, more equitable future.

Also view this Kresge write up about Kely http://kresge.org/news/engineer-joins-environment-program-look-equitable-solutions