On Tuesday, June 30th, my summer began with the NYC Mayor’s Office of Sustainability (MOS).  NYC was one of a handful of cities that received funding through C40 upon the findings of its recently published “Deadline 2020” report[1], which encouraged member cities to create 2020 Action Plans and accelerate their own decarbonization efforts in order to ensure the 1.5 Celsius requirements of the Paris Accord are met. I was tasked with prioritizing a list of 40 potential actions and road mapping a 2020 Action Plan for accelerated implementation. 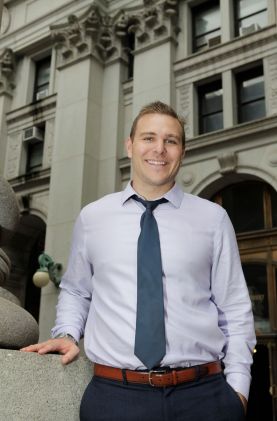 Within the first few days of my fellowship, my initial enthusiasm for the project had
already turned into frustration, as it was quickly becoming apparent that the project’s outcomes were likely to be shelved. While engagement with citywide agencies was required for such an ambitious endeavor, career politicians at the Department of Transportation or Department of Buildings do not answer to C40 (no less a summer intern) and were justifiably hesitant to lock their respective agency towards any new commitments they were unsure the agency could keep. This, coupled with a tight timeline for the C40 report publication (September 30th) and their already limited bandwidth, caused a noticeable absence among stakeholders willing to participate.

By Friday of my first week (June 2nd), my luck had changed. Ironically, when President Trump pulled the U.S. out of the Paris Accord, this otherwise unfortunate event quickly resurrected my summer into what’s safe to say one of the most fulfilling projects I’ve ever worked on. In response, Mayor Bill DeBlasio signed Executive 26 (EO26)[2], which reaffirmed the city’s commitment to upholding the goals of the Paris agreement and directed city agencies to work with MOS (my office) in creating a plan by September 30th. The plan would further reduce their own GHGs and accelerate New York City’s decarbonization efforts to align with the needs that science required. With the stroke of a pen, a “summer project” led by an intern and one senior staffer became the de-facto avenue for the city to fulfill EO26. Overnight, the project team grew and had the leverage required to propel conversation with agencies.

We’re taking matters into our own hands. pic.twitter.com/F3zHYHVBFR

With newfound relevance, conversation with stakeholder agencies shifted to new legislation or sustainability actions they’d be willing to entertain. The project team sent an automated survey to each agency throughout the city asking them to provide progress on their existing sustainability initiatives, the priority projects they hoped to implement by 2020, and to provide noteworthy bottlenecks that were impeding the implementation of these sustainability actions. I am especially appreciative to have had access to the conversations that resulted after these surveys were sent. Career officials often spoke candidly about changes they felt needed to occur to overcome barriers and turn public commitments to policy/climate action.

We are still in the process of prioritizing the list of 40 climate actions that resulted from this agency engagement process. The project team is modeling these 40 actions and will prioritize based on a multi-criteria decision analysis assessment that involves four objectives: 1.) Costs; 2.) GHG potential; 3.) Feasibility; and 4.) Co-Benefits that result from the implementation of each action.

The evaluation of each actions’ co-benefit impact was where an urban energy justice lens was especially needed and my studies at the University of Michigan proved essential. Each of the 40 actions were assessed based on their contribution to four goals the city established in its OneNYC report[3]: Growth, Resilience, Equity, and Sustainability.  Within these four co-benefit “buckets”, each action was scored qualitatively after a process of literature review, consulting subject-matter experts and input from relevant city agencies. 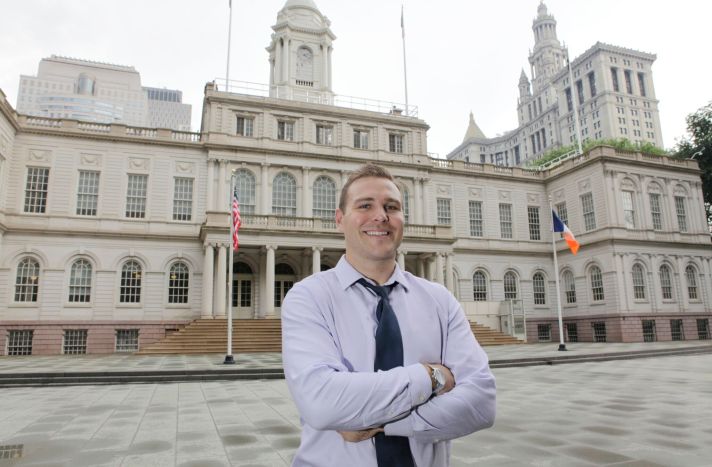 Assigning co-benefit scores, especially through the lens of equity and resiliency, proved to be a rigorous exercise where consensus from various stakeholders was needed.  But as with every other aspect of this past summer, the experience proved to be invaluable. I came to NYC aware that cities were on the forefront of climate action. I left with new appreciation for the challenges cities on the scale of NYC face and the decision-makers responsible for implementation.